Is arugula high in oxalate? we’ll be direct, simple and clear on this so read on…. But first, what is arugula to be précise?

In scientific definition, arugula is a vegetable, a type of Brassicaceae that falls in the same family with cauliflower and kale.

Most people especially in French use arugula as a green salad. The edible annual plant is known under different names some of which include colewort, rucoli, roquette, arugula, with the most common of all being “rocket salad.”

Now let’s nail it, is arugula high in oxalate? …The answer is No: it is considered among the low oxalate greens.

However, it is unfortunate that there is very little information about arugula’s oxalate level by itself.

The reason it’s placed among the low oxalate foods is that it shares the same class of plant species with low oxalate greens, especially kale.

Despite being a many century’s green delicacy to humans, kale has seen an enormous increase in popularity especially in the last three or so years.

Kale’s is considered low in oxalate content, ranging between 16mg – 17mg in a 100mg serving. In fact, kale’s superfood is the new craze in town, with lots of touted health benefits, which you can see on this kale powder here.

Now talking of arugula, and the reason it is placed together with low oxalates, science sees it as practically and structurally similar with a list of several other low oxalates, which include: romaine, most herbs, lettuces and so on.

The notion for this is that plants with similar properties, that is, they grow on the same soil, thrive in the same climate have the same biological structure and so on… also, have the same chemical composition and mineral nutrients.

However, the particular clinical tests stating the exact amount of oxalates in arugula, unfortunately, have not been placed in the public domain.

Can you Include Arugula in Low Oxalate Diet 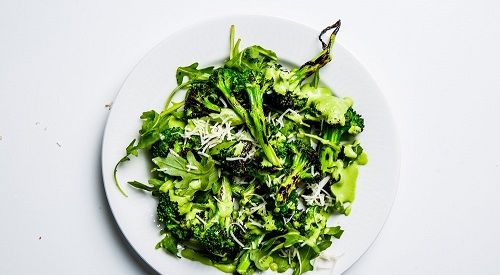 The answer is an absolute yes. You are also free to take up superfoods with arugula as its main ingredient. However, research confirms that most plants have some amount of oxalate, even if it is in traces. The reason this is so is tha,t oxalate in itself is a very important mineral compound in plants as they use it in the protective mechanism against bugs.

This in essence means it is not wise to eat arugula daily, because, for one, the small measures of possible oxalates (even if they are in trace) can add up to increase in level (especially with people struggling with gut complication that makes it hard for their body to excrete minerals like oxalic acid compound).

An overview of minerals compounds …

For the reason of clarity arugula’s oxalate maybe beneficial together with other minerals, in assisting digestion. Again, to be precise the problem is not exactly oxalates in foods; the compound is literary brought to picture because of a person’s health (talking of oxalate sensitivity in which has been noted in some people).

As in, you can have as much oxalate in your body like any another healthy person, the problem only comes in when your body can’t expel the compound, that is what causes the chemical to be absorbed into the body to form oxalate crystals.

This is basically how oxalate muscle pain comes about, from painful crystals that get stuck on a person’s joints and muscles.

Why you may want to eat arugula together with other low oxalates if you are on oxalate diet?

In other words, this is all about arugula’s health benefits. Based on different pieces of research, arugula is said to derive its nutritional values from the fact that it comes from the cruciferous family (this family of plants is known for listing other rich-foods like cauliflower, lettuces and kale.

The touted benefits in this family of leafy greens include the fact that they are good antioxidants – with impeccable detoxifying power, and they are a good source of vitamin A and C, which are associated with a strengthened immune system.

In particular, arugula is also associated with stronger bone for being rich in vitamin K, calcium, iron, folate, manganese, potassium, and phosphorus (the minerals pointed out above with digestive benefits).

Besides that arugula is also said to supply users with high levels of riboflavin, thiamin zinc, protein, pantothenic acid, vitamin B5, vitamin B6, and copper.

Talking of the flavonoid content in arugula, they are said to help lower a person’s cholesterol level and its ability to stick to arteries, make blood vessels more efficient by increasing blood floor and generally lower inflammation.

Other arugula nutrition facts include (per 3.5 ounces ( against 100 gms per serving):

Now that we are aware arugula’s oxalate content is not a cause for concern because it is super low, we can comfortably list the rest of its health benefits with confidence, right? These include:

In short, it’s safe to say that arugula is off the hook from high oxalate foods concerns. Top on that it is also clear that this veggie is so rich when it comes to the nutrients it supplies. It is also touted to have many health benefits, which makes it a great ingredient in food supplements like Arugula Powder.

However, when it comes to inclusion in superfoods as stated above, it is good that users read to know what other ingredients a supplement has to know what other health benefits (or side effects if any) they should expect. You can find such kind of information on this Arugula Powder’s product description or head over to the review section to learn a thing or two about the superfood.