Having a detailed breakdown showing the actual amount of oxalate in different foods, fruits and drinks helps you stay sure of what to include in your diet and what to avoid if you’re battling oxalate sensitivity.

Nonetheless, being able to narrow even further by knowing the actual concentration of oxalic acid in a specific vegetable helps you know how often it is safe to use the food per week in your recipes.

The top 11 Low Oxalate Vegetables You can Consider to Use in Your Meals:

For the longest time, cabbage has become a favorite vegetable to dieters or people who want a limited supply of calorie in their body.

Different tests confirm cabbage as one of the very low oxalate green smoothies and friendly towards kidney stone patients. In fact, doctors recommend it to oxalate sensitive patients together with a mixture of other vegetables in a recipe.

One study in the journal of Foods concludes that you can actually reduce oxalate levels in Kimchi, a Chinese cabbage by fermenting it. In the experiment the scientists managed to bring it down to 374.71 ± 7.94 mg/100 g from 609.32 ± 15.69. This means the fermented Kimchi became 72.3% less of the insoluble oxalate.

Besides being super rich in vitamins, cucumbers are also low in oxalate content. The oxalic content in this vegetable varies between trace and 5mg depending on the method of preparation. When boiled, the oxalic acid content in cucumber goes down even further.

Most people use it to invoke a conditional taste to the food. Others use cucumber as a remedy to different conditions, top on that, doctors recommend it to cancer patients.

One review article listed in the journal Hinyokika kiyo. Acta urologica Japonica in ResearchGate lists cucumber’s oxalate levels together with other foods in a pdf they published.

Other than the white color, cauliflower is more like cabbage in appearance, in fact, both come from the same family of vegetables. However, cauliflowers contain higher amounts of nutrients, but its oxalic acid content is low, the reason it is prioritized in the low oxalate vegetables’ list.

According to one detailed article featured at The University of Chicago’s website, Cauliflower is low in oxalate. In Nepal and India people use cauliflower as one of the main stable foods without fear of side effects – so it’s safe to eat it several times a week.

If you are after both a low oxalate and low-calorie vegetable then look no further because Endives is the best pick.

They are particularly popular for having numerous counts of vitamin and anti-inflammatory oxidants that are highly important when it comes to the proper digestion of the food.

Peas appear as small greenish seeds (when still wet) and it’s easy to take them for a cereal food, but they are vegetables. They also fit quite perfectly in the low oxalate graph as they only contain 0.9mg of oxalic acid in 100mg.

Another plus with peas is that it is available in abundance all around the world and has numerous other health benefits. The Food Research International journal hints how it is possible to reduce oxalate content in lectins by soaking and cooking, this is may be applicable to peas as well, as it in the same food group. 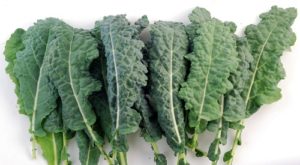 For kale, there has been a tough contention and debate on whether it is low in oxalic acid – and one reason is that, it mostly accompanies spinach on the same plate, as an ingredient.

You can also eat kales as a standalone vegetable. The doubt about oxalic acid in kale has been cleared by different researches. Top on that recent studies found it only contains 17 mg against 100 servings.

7. Mushrooms – are included in the low oxalate vegetables!

Mushrooms occur naturally but can also be planted domestically as vegetables. In particular, a mushroom is the ‘umbrella’ you see and is the fruiting part of fungus growth.

Some people prefer umbrella part while other eat it with stems. Mushrooms fit very well in the low oxalate vegetables class of foods as they only contain traces of oxalic acid in them – as in they are low in the chemical both raw and cooked.

A handful of mushrooms would have a numerous content of antioxidants, which has properties of combating body inflammation.

Other nutritional facts behind mushrooms: it has 0.29 gm fat, 1.77 gm protein, 1.1gm dietary fiber, 3.25gm carbohydrate and 18 calories per (for 84gm portabella mushroom).

People living in the U.S. mostly see water chestnuts in packed wrapping because it mostly grows in Asia, Africa, and Australia. The pack would read something like “whole water chestnuts,” sold as edible corns.

Aside from being a super low oxalate vegetable, chestnuts are recommended as liver and bladder remedies to people with kidney stones (or urinary tract issues) and certain liver complications. The times you can eat Water Chestnuts per week is also not capped to any number, if you like you can have it more than 4 times a week.

Chives fit very well in the list of low oxalate vegetables. However, the figures 1470 milligrams per 100g of the foods seem to state otherwise, but the thing is, chives are used in very small aggregates in recipes all together, and with other vegetables.

Researchers have established that chives are responsible for the production of enzymes that help our bodies fight against various diseases. However, they are known to provide a large number of calories per serving.

Kohlrabi shares family with kale, cabbage, broccoli, and cauliflower. Scientifically, it is called a biennial vegetable and it is commonly eaten in Germany. You can decide to either kohlrabi raw or cooked or at both states since it is a low oxalate smoothie.

For your edibles, you have two options, you either go for its leaves or its stem. Nutrition facts for kohlrabi in 100g: has 8.4g carbohydrates, 4.9g fiber, 36 calories, 0g fat and 140% DV vitamin C.

Radishes are popular in Europe and are said to belong to the Brassicaceae family of vegetables, and are very low in oxalic acid.

People like to take it as a salad. In appearance, radishes seem like small tomatoes with persistent taproot and a leaf branch remain. Top on that, radishes can be consumed daily without concerns of side effects.

This piece would not be complete if I did not mention high oxalate vegetables you need to limit from your recipes and intake, as much as possible, if you are battling oxalic acid sensitivity symptoms:

Other vegetables not in the above two lists are considered either moderate oxalate or their content of the chemicals are not clear enough for documentation. Well, over to you now, what low oxalate vegetables do you prefer the most, let’s hear your comment below!